My husband and I spent a day and a half in Athens last Summer! We had been in Istanbul before that and flew in before taking a ferry to Paros (you can read that blog post here. To be honest, 48 hours and was about all we needed to see the ancient city. Others prefer to extend their stay if they love Greek history or desire to see the outskirts of the city.

Athens is a pretty cool city. One minute you can be strolling through a hip shopping center, then you can turn the corner and see an ancient ruin in front of you! To be honest though, I thought the city would be more clean and modern than it was. There are parts of the city that are amazing. However, some of it is run down. We stayed in a hostel only 10 minutes from the center of the city and I felt more in danger than I ever have in my travels. It was not necessarily what I had expected and hoped for. I have my own theories as to why the city has gone downhill but I digress… 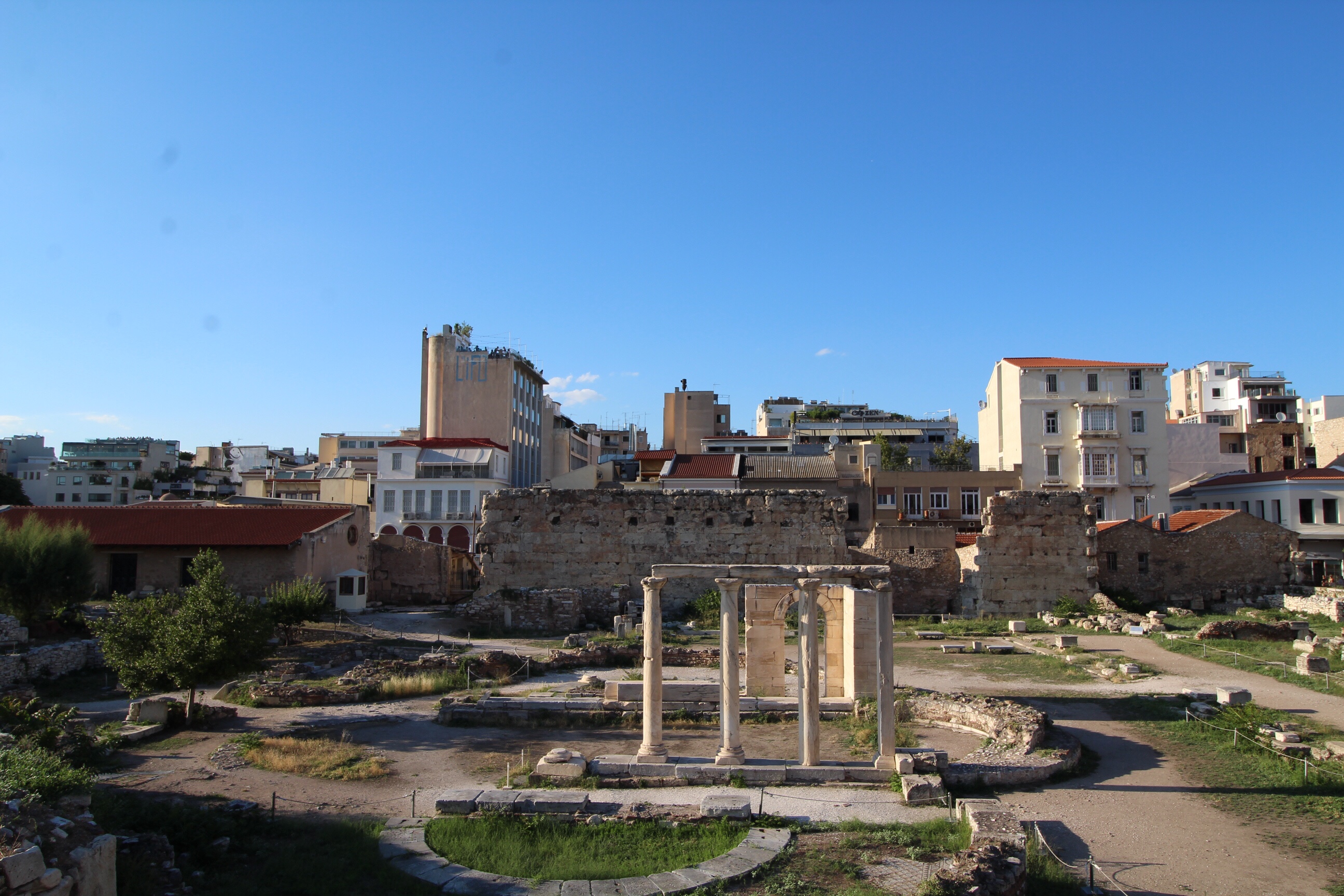 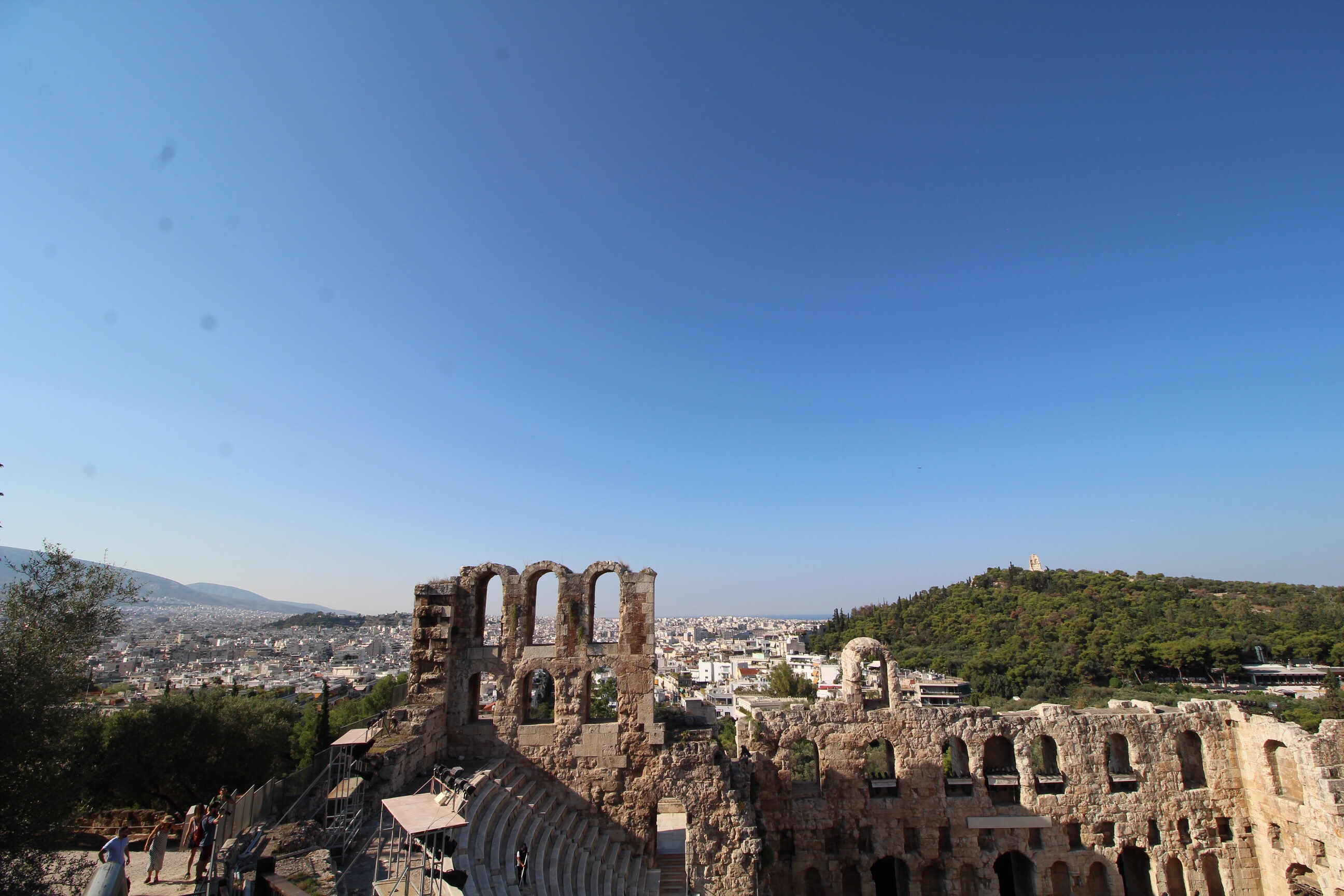 Other than the location of our hostel and the parts of the city we didn’t like, we loved seeing the Ancient ruins! While I was happy we didn’t spend a whole week there, I definitely do not regret everything we were able to experience in the city! We saw all the ruins we wanted and more in just two days!

We woke up, had a Greek breakfast and  took the Metro over to Thesion station and walk over to the Ancient Agora. From where we were staying the Metro was only a 10 minute walk.

The Ancient Agora was essentially the marketpace to discuss ideas. It is located right beneath the Acropolis. You can either purchase tickets to see both or pay for separate days. I won’t go into details about what is located in this area because I’d be typing for a while..

Exploring the Agora probably took about 3 or so hours. Afterward, we went shopping in the city and got some awesome Greek food which, (heads up), is definitely not cheap in Athens. 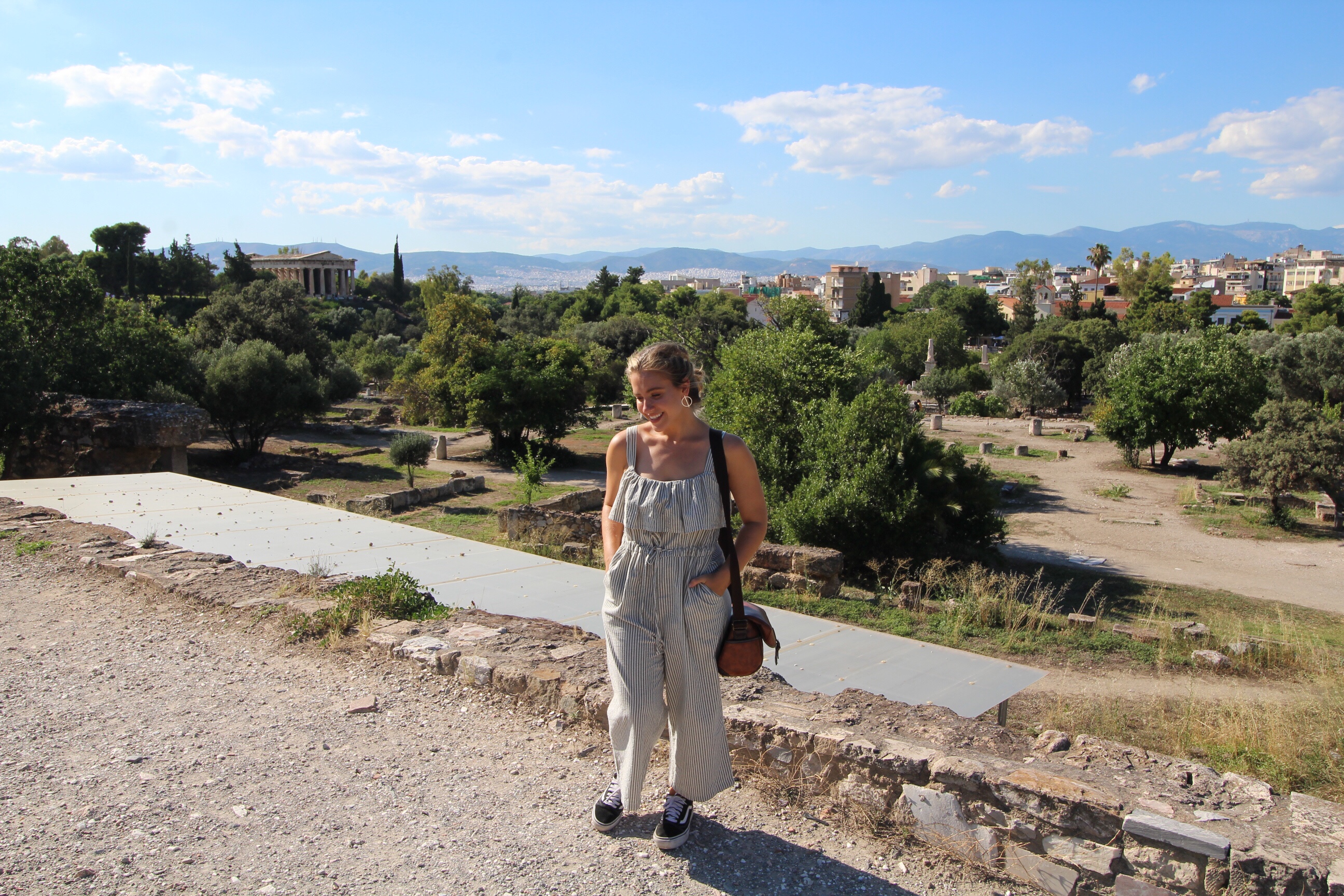 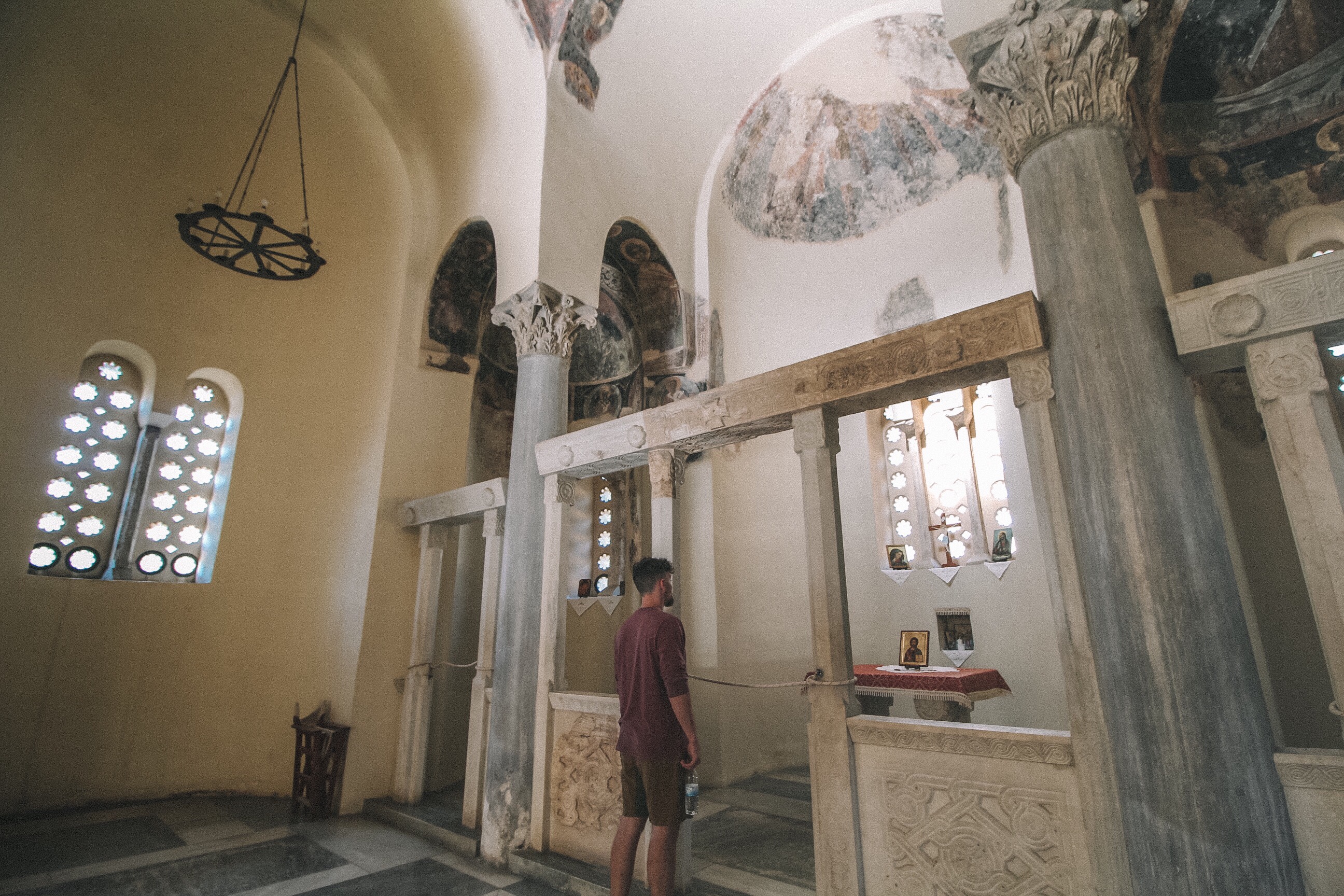 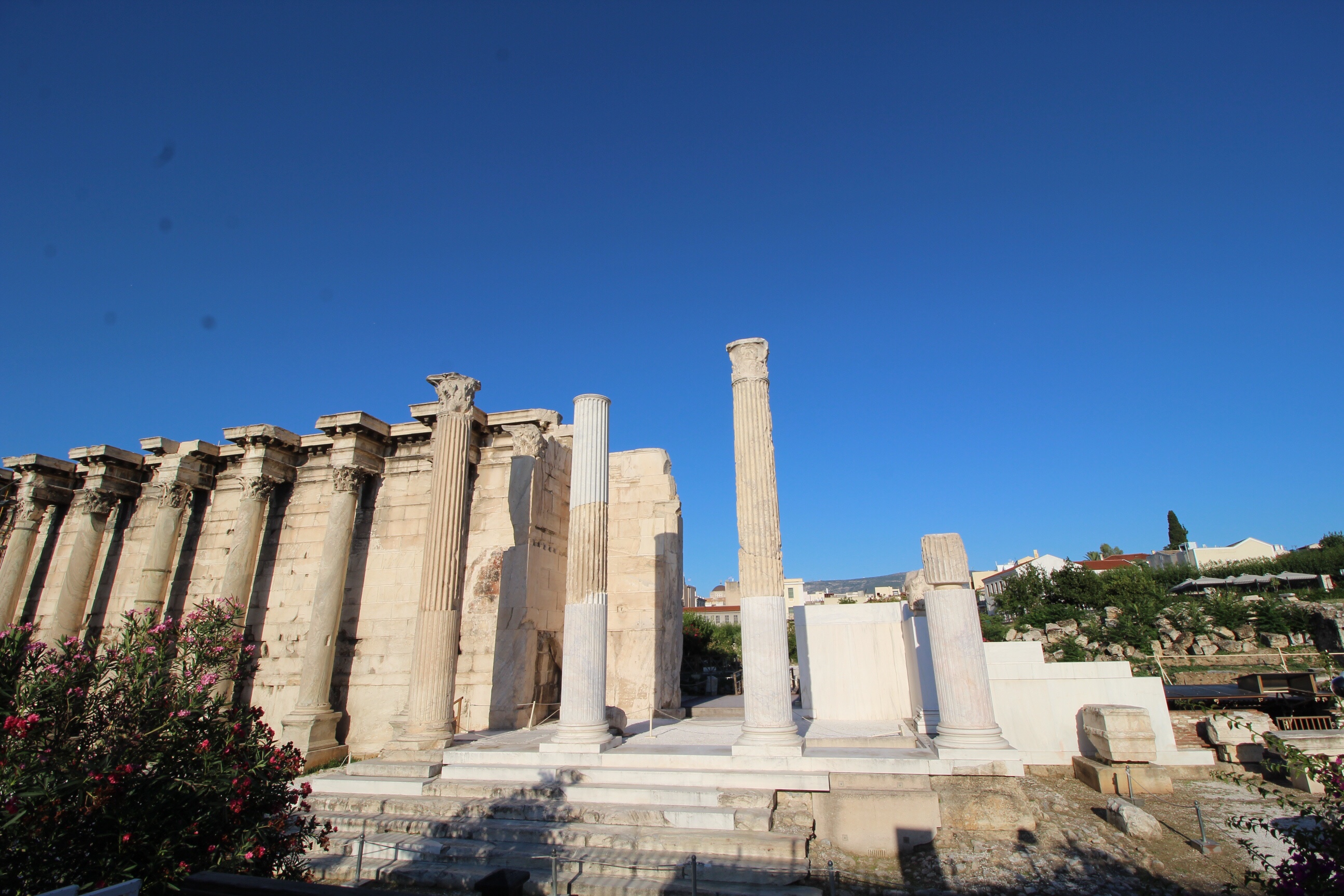 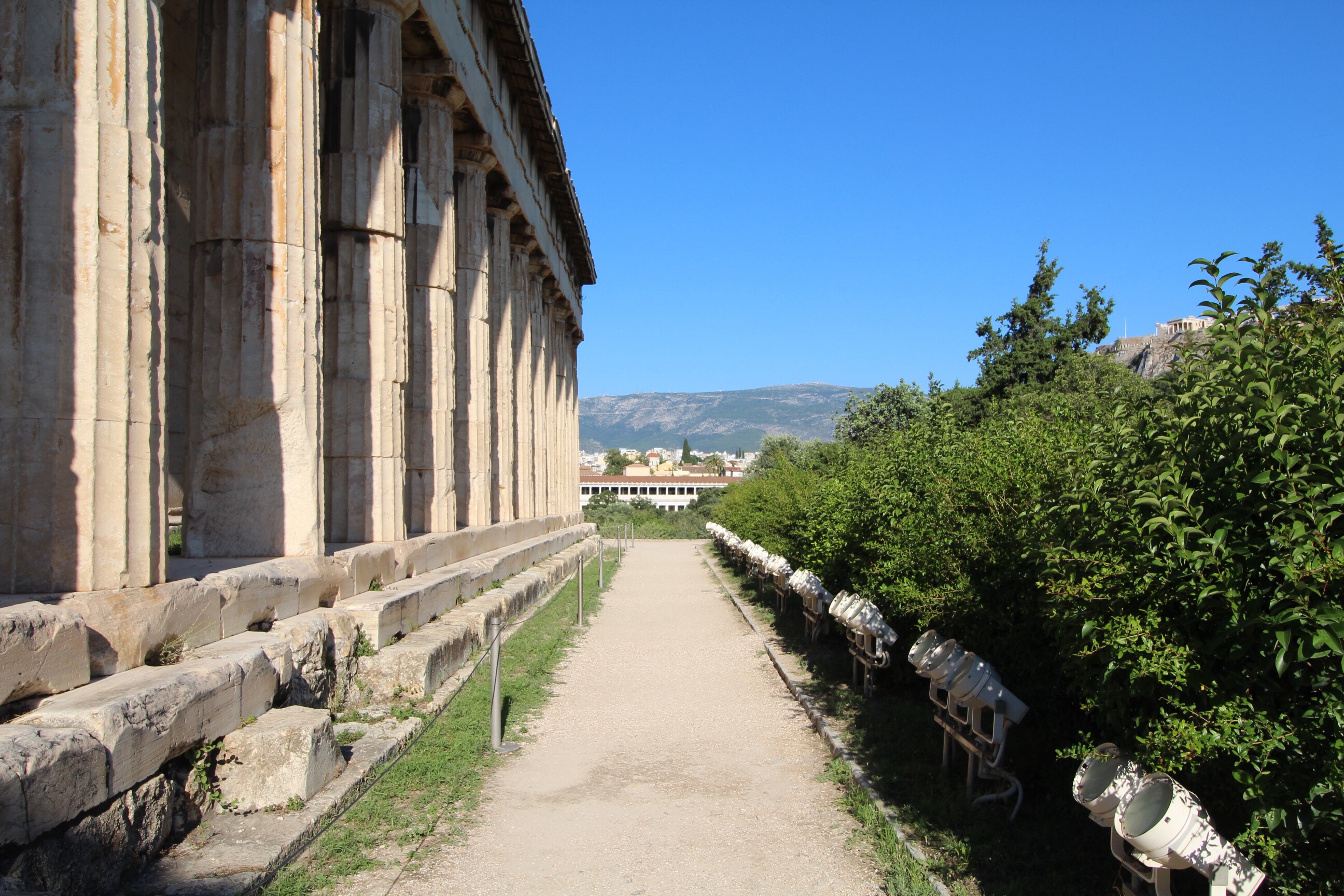 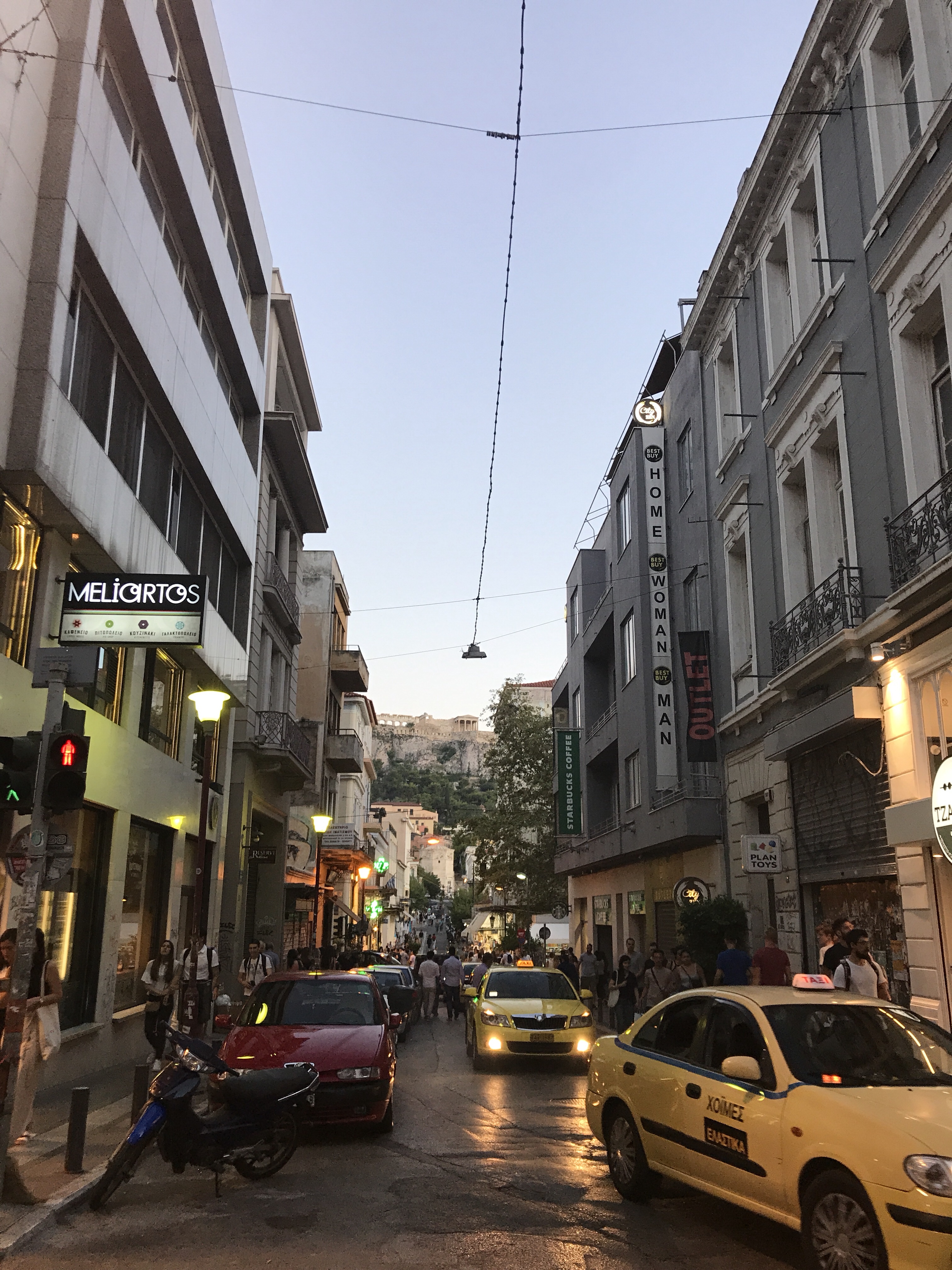 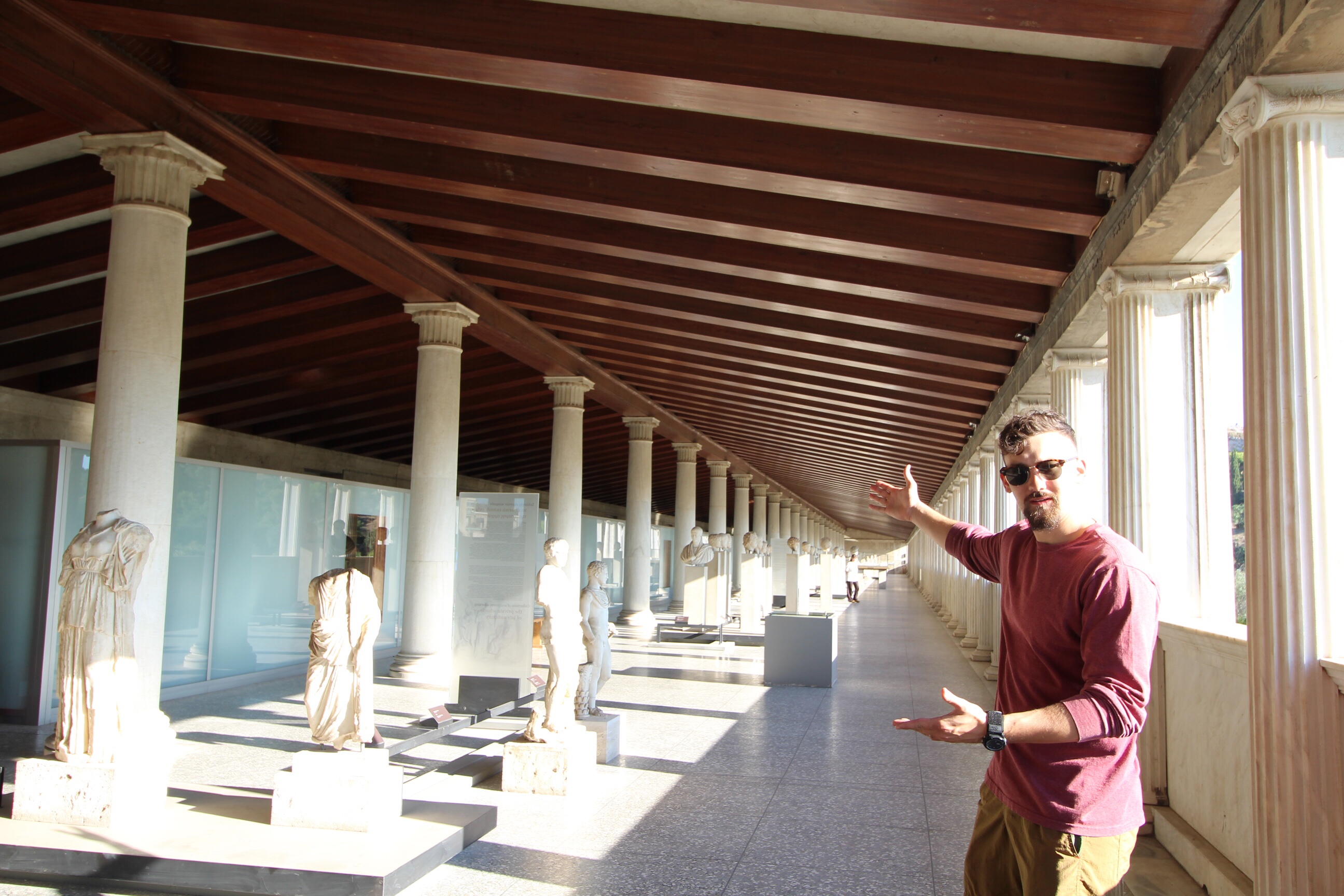 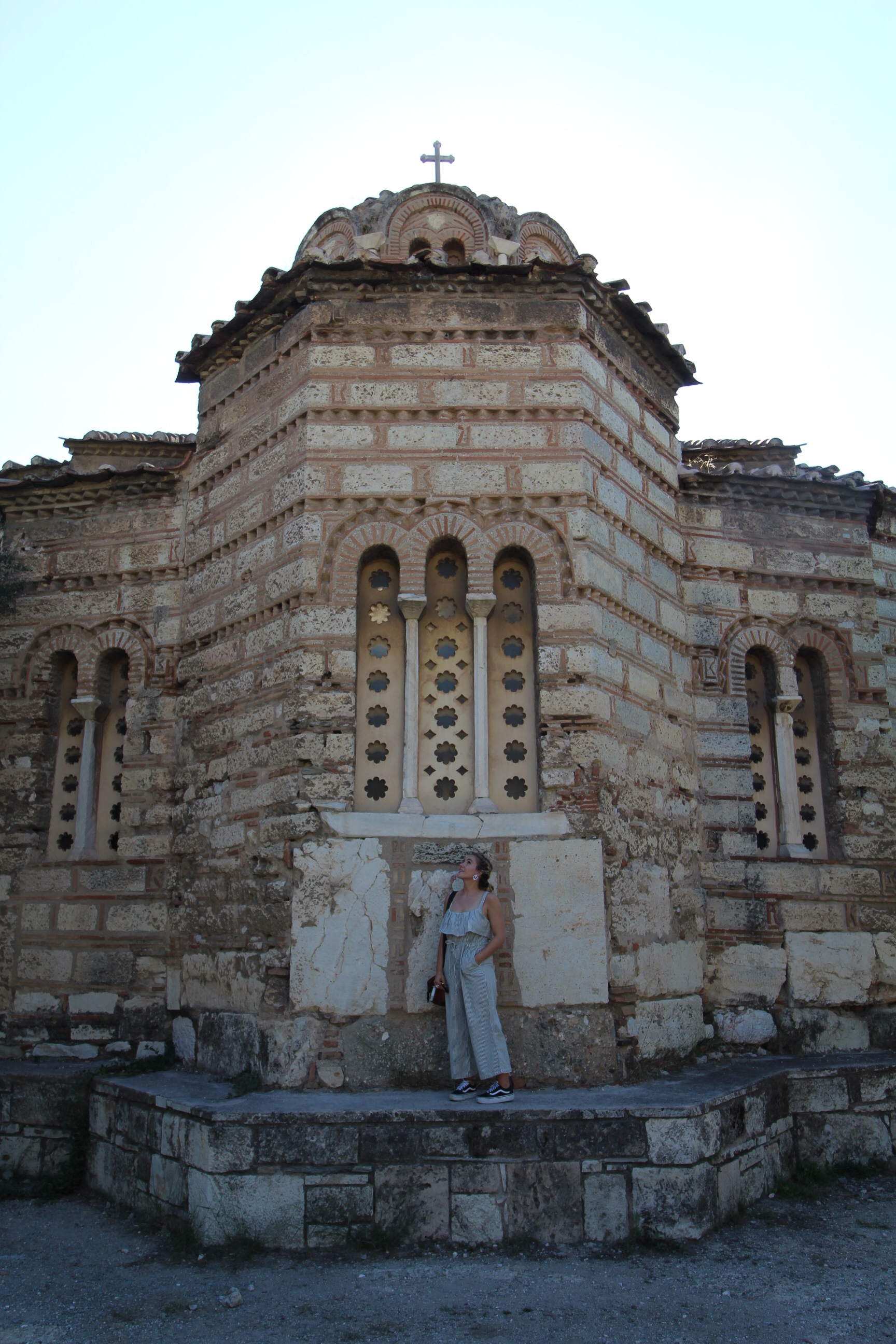 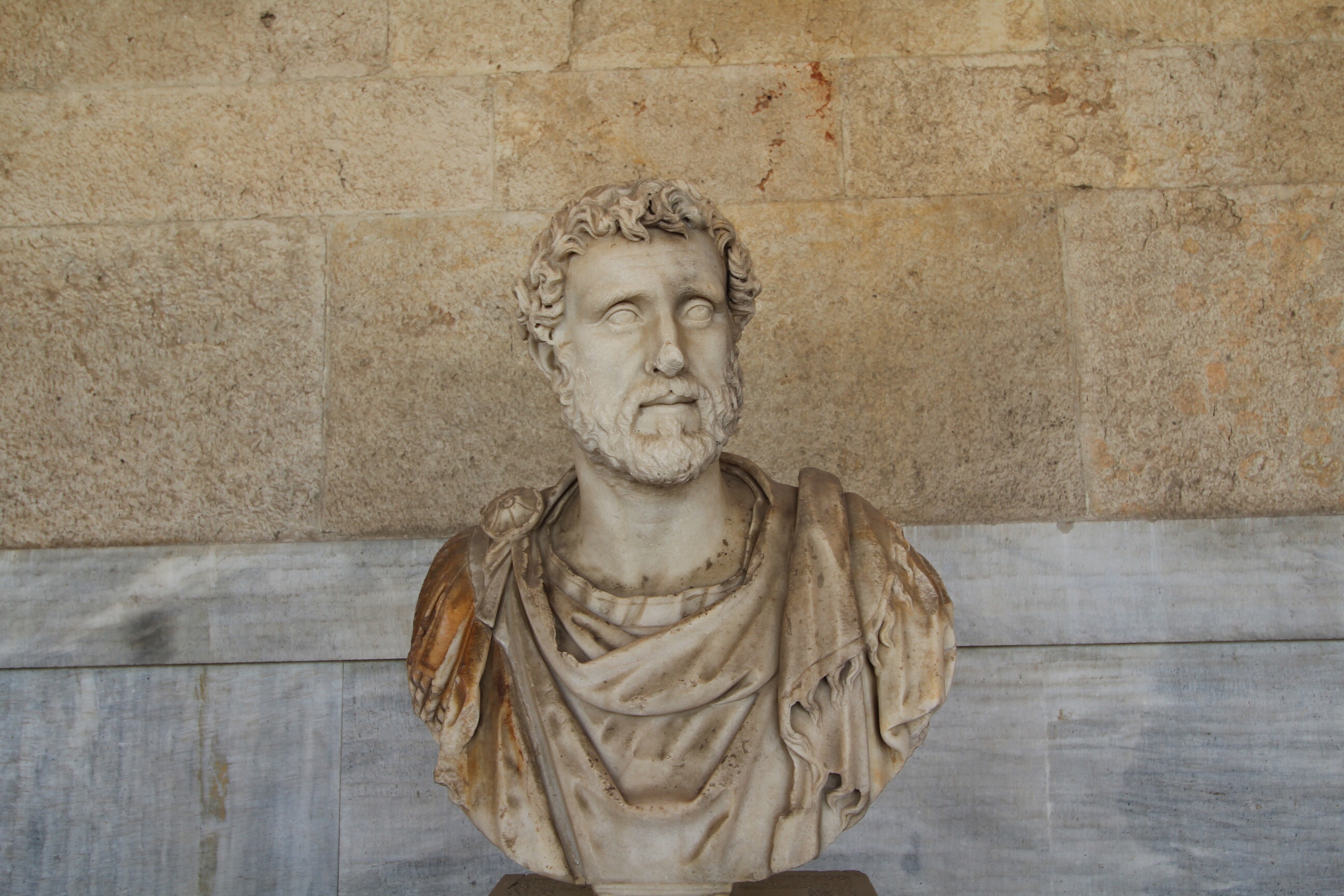 We woke up early(ish) and went straight to the Acropolis. I wish we would have gone even earlier because it was packed with tourists. We definitely took our time walking up. We got so many pictures and read all the signs and information!

Quick tip: try to wear shoes with some good grip. Everything is made of marble. I can’t tell you how many times I fell! 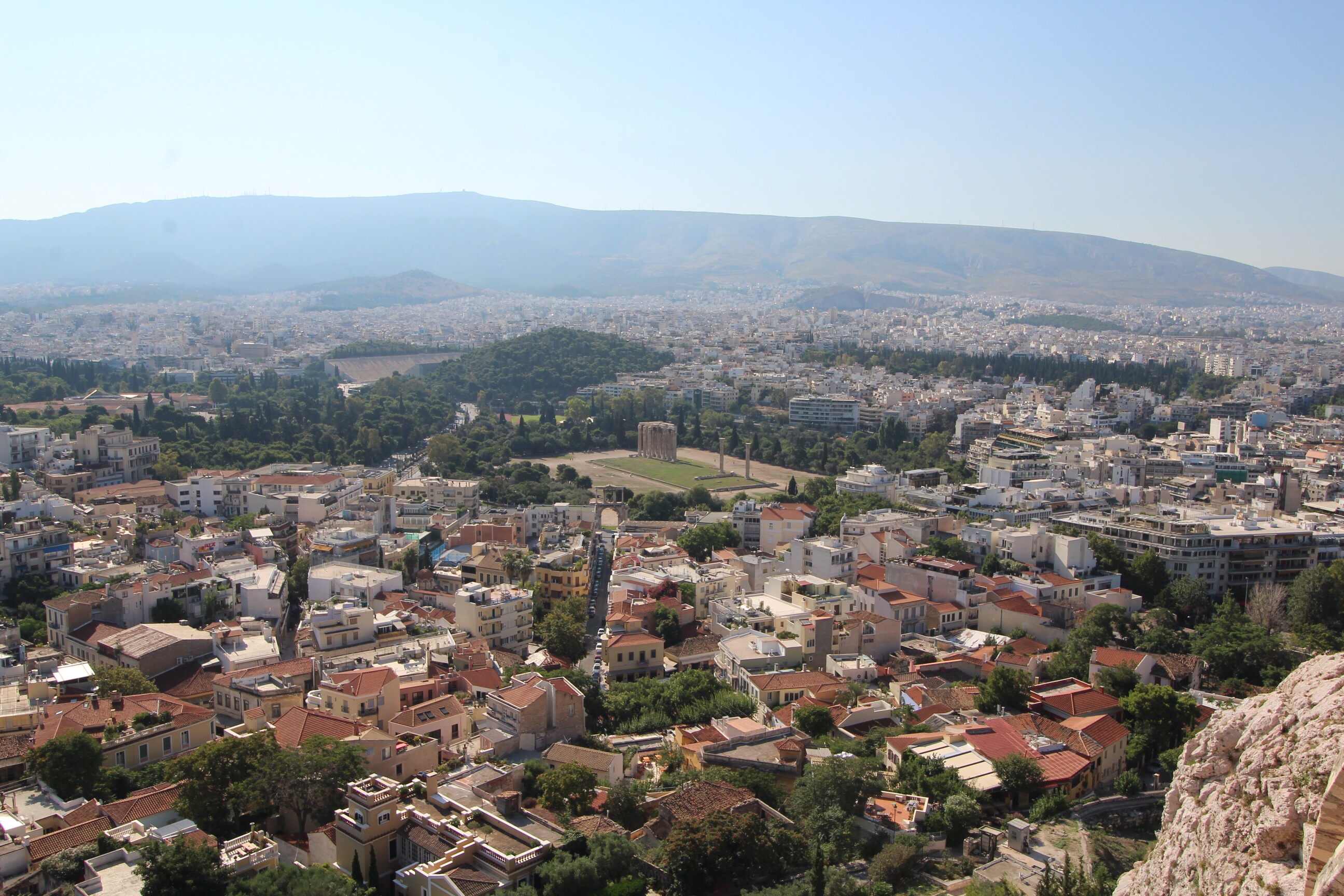 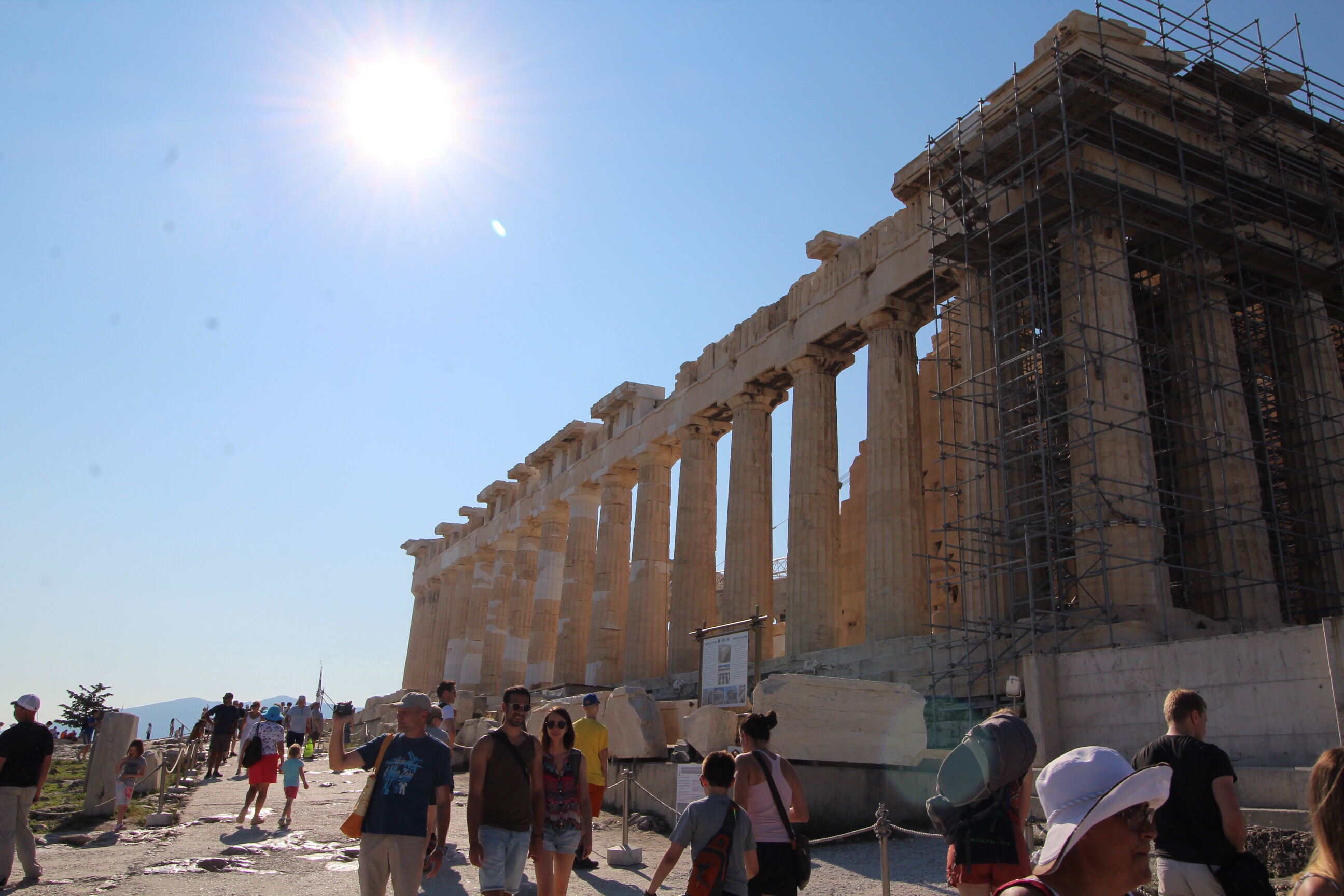 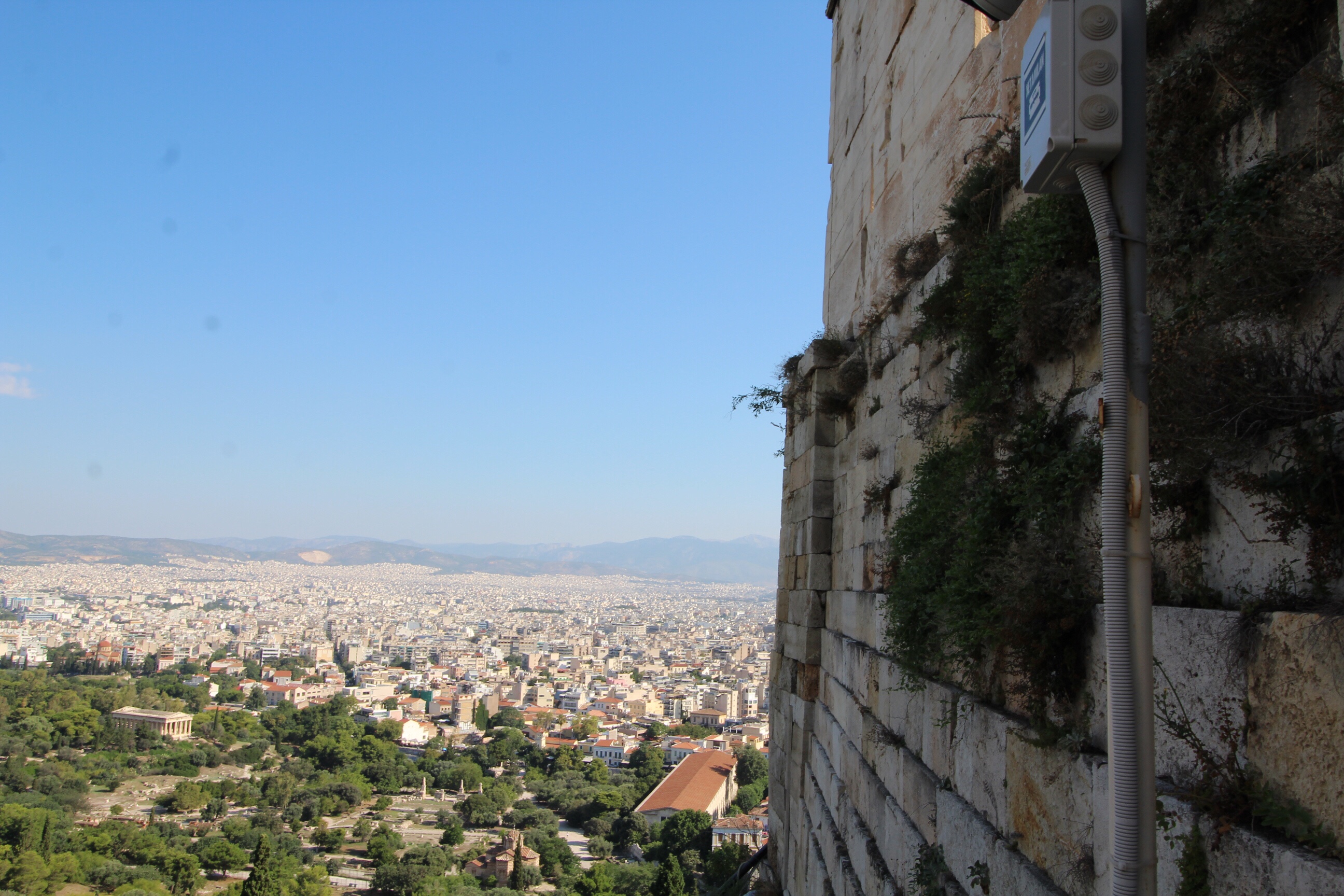 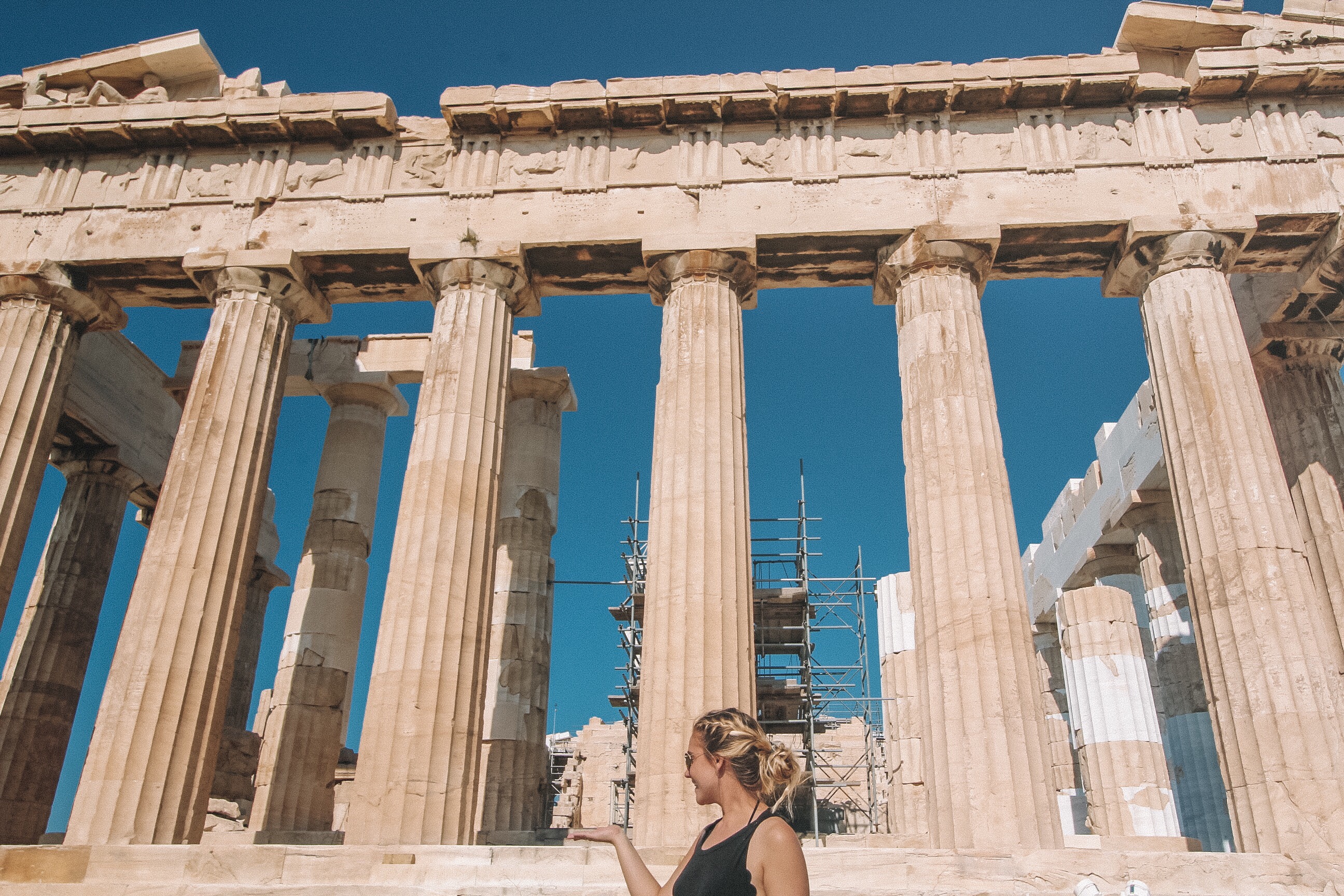 Aeropogas (aka. Mars hill) was by far my favorite experience in Athens.
This was where Paul was brought by Greeks to tell people his new ideas” of Jesus’ sacrifice and resurrection of the dead. He proclaimed what is now in Acts 17:22-31:

Paul then stood up in the meeting of the Areopagus and said: “People of Athens! I see that in every way you are very religious. 23For as I walked around and looked carefully at your objects of worship, I even found an altar with this inscription: to an unknown god. So you are ignorant of the very thing you worship-and this is what I am going to proclaim to you. 24“The God who made the world and everything in it is the LORD of heaven and earth and does not live in temples built by human hands. 25And he is not served by human hands, as if he needed anything. Rather, he himself gives everyone life and breath and everything else. 26From one man he made all the nations, that they should inhabit the whole earth; and he marked out their appointed times in history and the boundaries of their lands. 27God did this so that they would seek him and perhaps reach out for him and find him, though he is not far from any one of us. 28‘For in him we live and move and have our being.’ As some of your own poets have said, ‘We are his offspring.’ 29“Therefore since we are God’s offspring, we should not think that the divine being is like gold or silver or stone-an image made by human design and skill. 30In the past God overlooked such ignorance, but now he commands all people everywhere to repent. 31For he has set a day when he will judge the world with justice by the man he has appointed. He has given proof of this to everyone by raising him from the dead.” 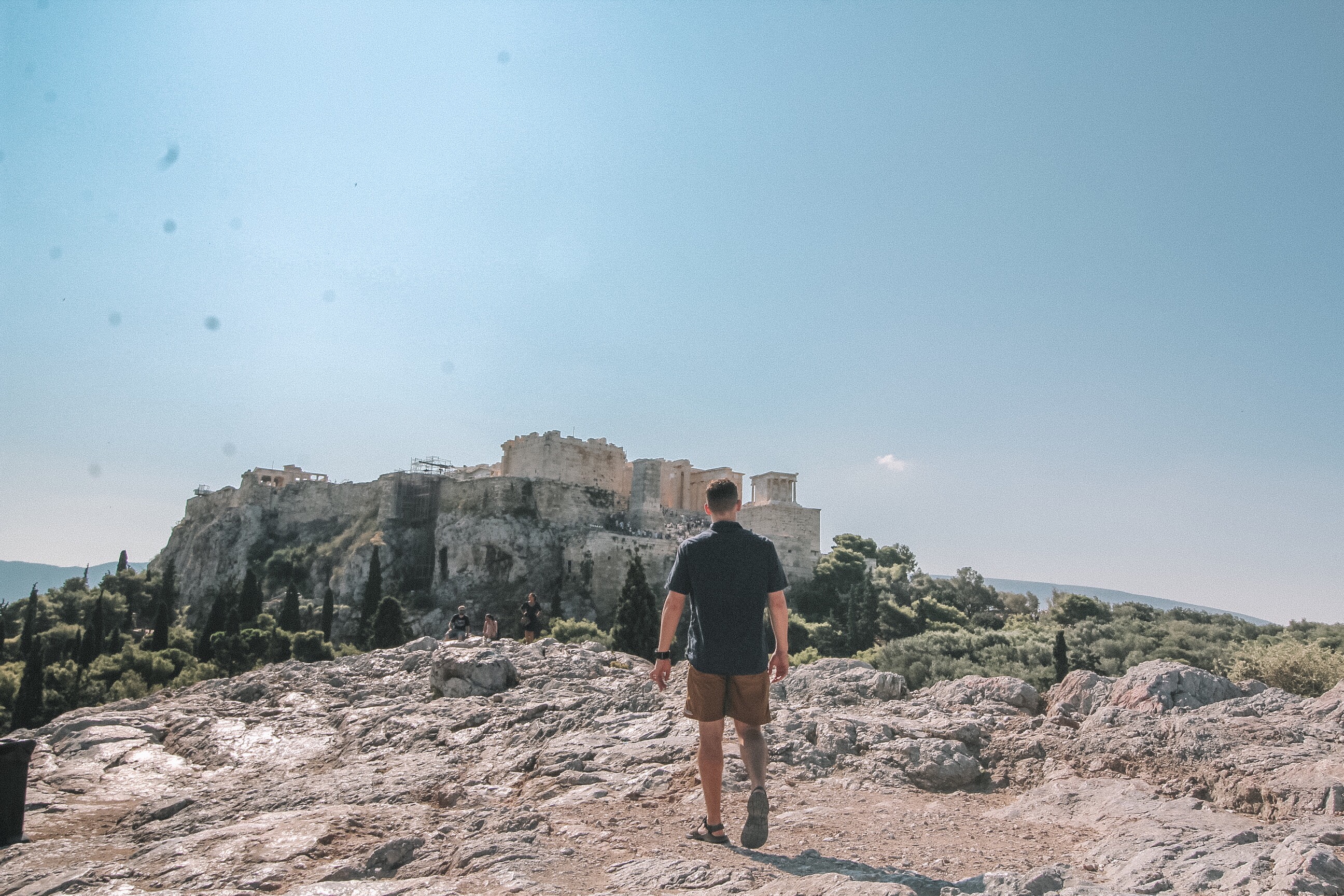 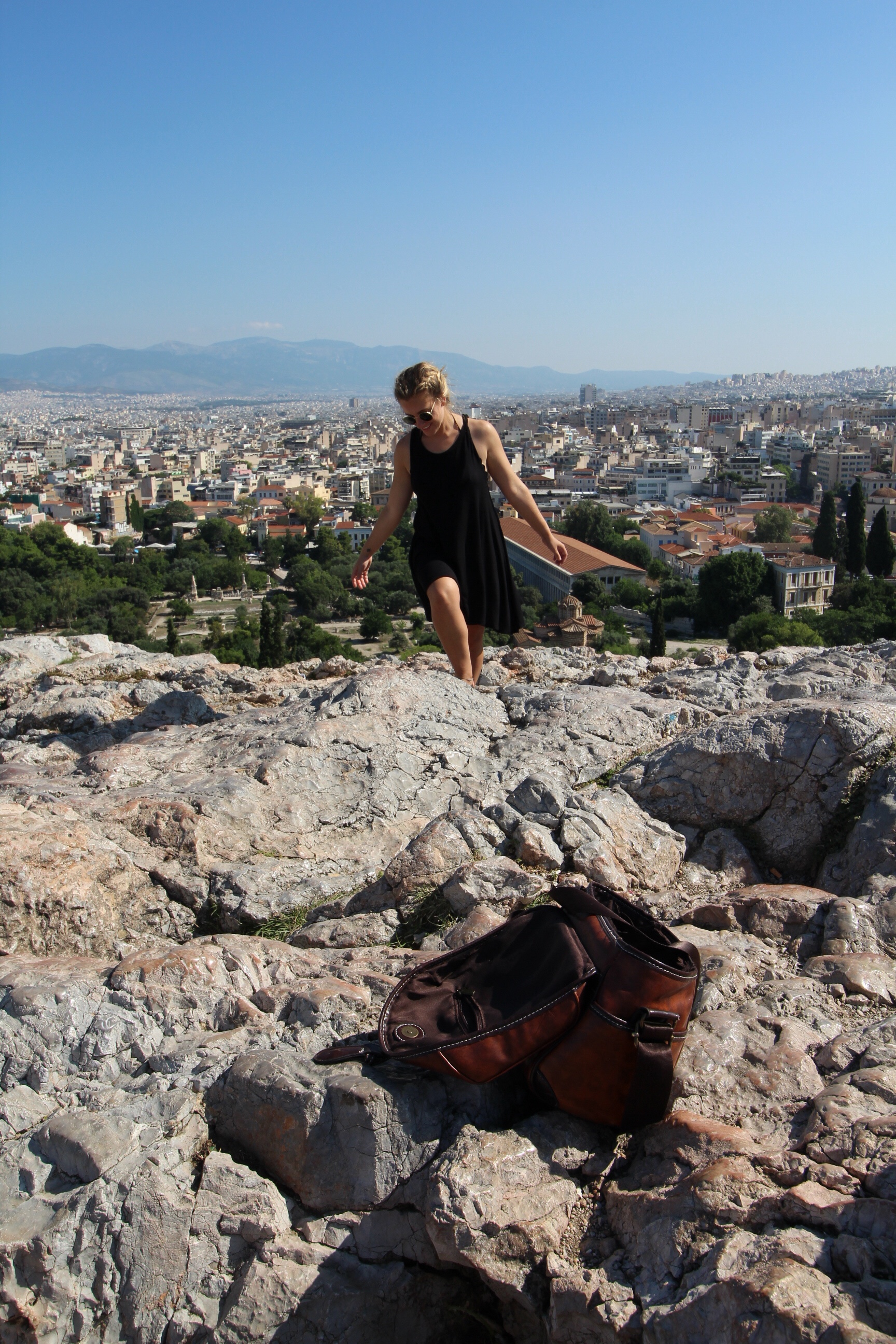 Afterward we went downtown to eat. Honestly, I have no recollection of the restaurant but there are so many to choose from that I don’t think it matters! After a day of exploring we decided to go back and rest before we left on the ferry for Paros the next morning!

That basically wraps up our time in Athens. A trip to this city should be super easy to make– I say that because my husband and I basically showed up without having any sort of plan! You can read more about our trip to Paros here!