By Kelly and Patrick Keene

A feeling or desire for certain things to happen… Hope. I had to look that simple word up, “hope”. Hope surrounds me with the vague familiarity that would make me forget how Webster put it. Hope is not stagnant but moves our minds eye to the future; a better more desirable future. Hope is that feeling. Hope is that desire.

Freedom is the power or right to act, speak, or think as one wants without hindrance or restraint. Only those who have hope have the potential for freedom. Someone without hope wouldn’t be able to see the benefit of speaking or acting and they lose the power that is inherent in freedom. Hope is the foundation for freedom to exist. The autonomous freedom to make decisions, have a thought, and take command of one’s body. If we could really capture hopelessness you would feel the rug being pulled out and the momentum that is taking your feet higher swinging your head and neck toward the hard floor. You would feel the complete opposite of freedom.

For thousands of girls living in “The Redlight District” in Southasia this is a reality. It is a reality more true than you, with your hope and your freedom, could ever perceive. Women, like Nazma pictured above, are forced into the sex slave trade with hopes of getting out. However, their mind, their spirit, and—ultimately— their hope is quickly broken leaving a husk of a woman to be domineered and profited from.

“The first time I stepped into the brothel, the smell of stale urine was so pungent I had to pause. I was there to understand the problem more fully, and as I made my way deeper into the labyrinth of dark hallways, stepping over rats and up and down well worn stairs, I could hear the sound of abuse echoing off the walls and if these walls could talk, as the saying goes, few could stomach the stories. Young girls were sold, abused here, some never leaving here except through death. As I looked into the face of one of the women available for purchase, the need was clear, Aruna was born.”

With this vision in mind— a business model was developed, women were freed, and trades were taught. The Aruna Project is an organization that has developed a model to bring and sustain freedom to formerly enslaved women by offering employment marked by holistic care. Through financial security and counseling these women were given their freedom back.

The mission is not easy. Many women feel forced to accept enslavement because such prevalent poverty offers no other choice. A hopeless person can’t always comprehend the proposition of freedom. However, for those women that step out of the brothel and into the unknown it is only the beginning of their journey and Aruna is their for them.

For those women that experience this freedom, what do you think they do with it? They go back to the brothel! I swear they do! Not with hopelessness of a slave but with power and hope to bring more women out with them. This is a multiplying movement of formerly enslaved, currently empowered women saving the lives of the forgotten.

This blog post is an opportunity for you to be a part of this movement. At Aruna’s inception the model that was created focused around a 5K race called the Aruna Run. Athletes ran in honor of an enslaved woman having her name taped across the runner’s chest. It represents an offer of hope and freedom— as their slogan goes “I ran for her freedom.” 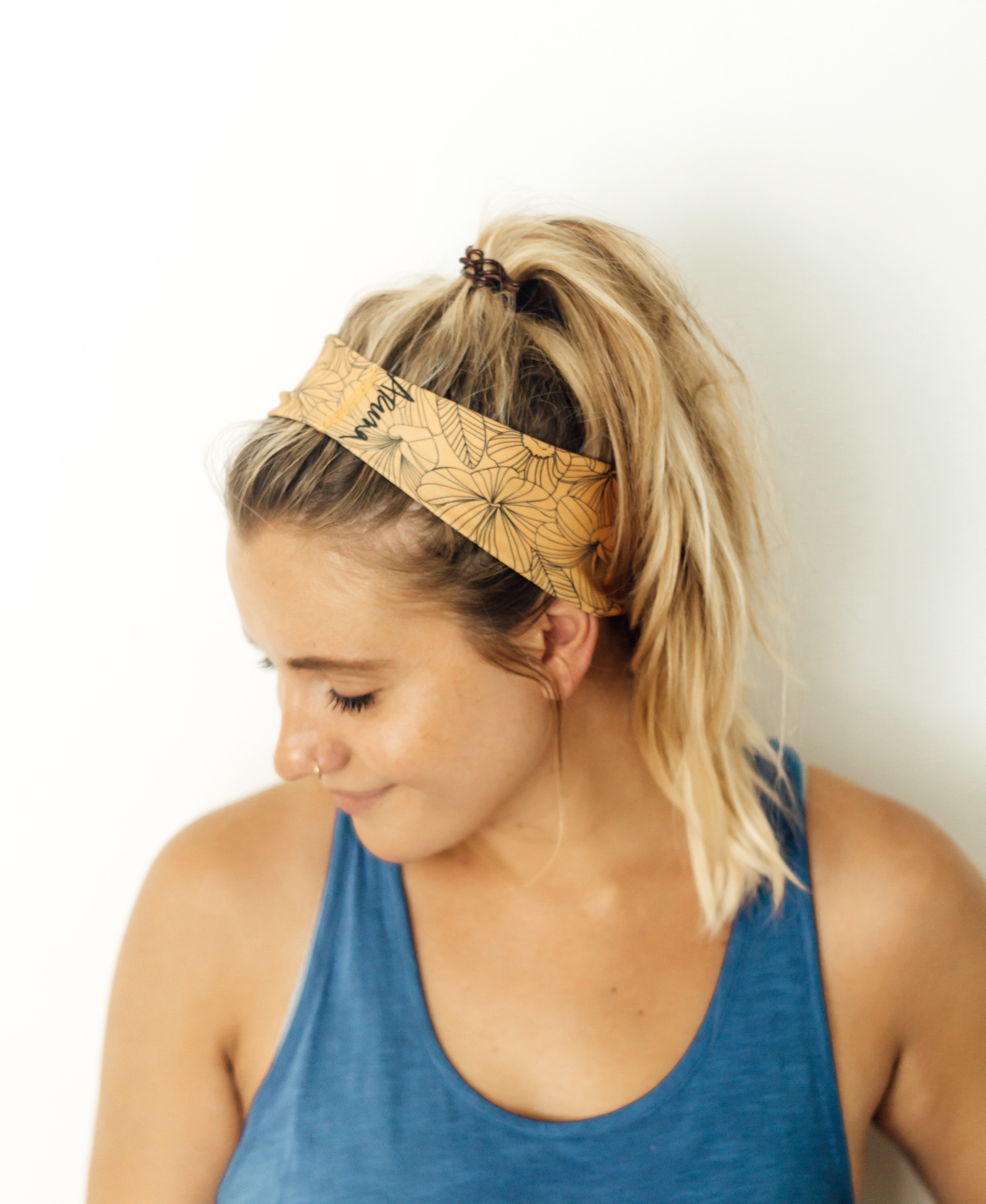 Gifts such as bags, head bands, and t-shirts are given to each participant. These gifts are made by the women of the Aruna Project who were freed from sex slavery, taught a trade, and given an opportunity. I would encourage you to find a race near you or even consider hosting your own. Personally, I was coached by Ryan Burg the founder of the Aruna Project to host an Aruna Run on my campus.

Since then, the races have only expanded to new cities, grown in number of participants, and Aruna has launched an athleisure collection of bags and headbands made by a team of freed artisans. For example, pictured above is the Halima Headband from their Freedom Collection crafted by a wonderful woman named Nazma.

Nazma had this to say about her own redemption, “I feel so valued. I feel so loved. I am excited about my future.”